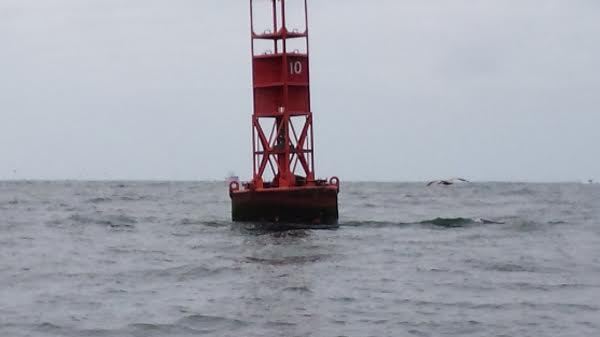 The popular Buoy 10 salmon fishery at the mouth of the Columbia River opens to Coho and Chinook fishing Monday, Aug. 1, with another strong return of nearly one million fall Chinook predicted.

The Buoy 10 fishery is the first Columbia River fishery that will encounter these large returns. With thousands of anglers expected to hit the water in the next few weeks, the Oregon Department of Fish and Wildlife has a few reminders.

The biggest change for the 2016 season is a modification to steelhead bag limits to help remain within ESA constraints on steelhead destined for the Snake River. “Last year we very nearly exceeded the allowable steelhead impacts and were close to shutting down fall fisheries upstream of Bonneville Dam,” said Tucker Jones, ODFWs Columbia River program manager. “The steelhead forecast is below average again in 2016 so we lowered the steelhead bag limit to reduce the chance that we’ll have to close fisheries ahead of schedule this year.”

The daily bag limit for fisheries from Buoy 10 upstream to the Highway 395 Bridge in Pasco, Wash. is modified for 2016 so that no more than one steelhead may be retained. This restriction will be in effect in the following areas and dates:

In addition, regulations regarding retention of hatchery Chinook on mark-selective fishing days downstream of Bonneville were modified to include Chinook with a clipped adipose or a left-ventral fin. Either fin must have a healed scar at the location of the clipped fin.

According to Jones, this Buoy 10 season could be another one to remember.“With a monster run predicted again in 2016, many anglers are geared up and ready to go,” he said. “For the last three years or so, fall salmon fishing in the Columbia has been remarkable and not just in the estuary. Fishing has been lights out from Buoy 10 all the way to the state line above McNary Dam, and 2016 looks to continue that red hot trend.”

“I don’t think anglers are going to want to miss this opportunity,” he added.

Open dates, bag limits and other regulations for Columbia River salmon seasons vary by location on the river and can be found on the ODFW website.

7-20-2016
Anglers fishing the high lakes in the Umpqua District are encouraged to e-mail fishing reports. Contact the Forest Service at...... Read More