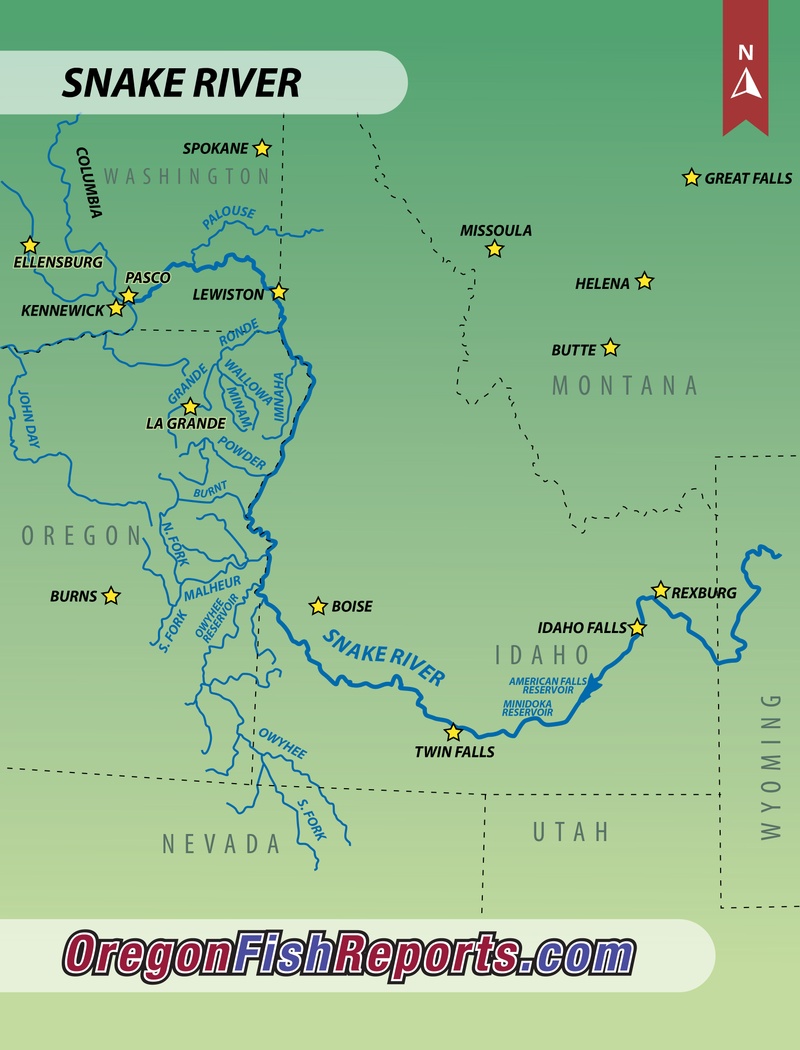 For the second year in a row, daily bag limits for hatchery summer steelhead will be reduced to one fish per day for the Snake River and tributaries in the Grande Ronde and Imnaha River basins when the season opens on Saturday, Sept. 1.

The decision to initially reduce the bag limit corresponds with historically low Columbia River steelhead counts observed in 2018, which also led fishery managers to close steelhead harvest in the mainstem Columbia River last week. As of Aug. 29 just over 55,000 steelhead, which includes about 22,000 wild steelhead, had passed Bonneville Dam. In total the steelhead run is about 25 percent of the most recent 10-year average.

The bag limit reduction is intended to reduce fishing pressure on sensitive wild stocks of steelhead, in addition to ensuring enough hatchery fish return to facilities in the Snake River basin to meet production objectives. “Our current estimates suggest enough hatchery fish will return to meet program goals and support recreational harvest, but we also need to manage conservatively this early in the season” said Jeff Yanke, ODFW District Fish Biologist in Enterprise. “We found that this approach was successful last year to increase survival and returns to wild spawning tributaries and hatchery facilities.”

Managers expect the reduced bag limits to be temporary, but will hold off on further changes until more of the steelhead run arrives closer to home. So far, less than 10 percent of Grande Ronde and Imnaha steelhead have moved upstream of the Columbia River. ODFW expects to have a much clearer picture by late October. Until then, anglers are advised to fish with an awareness of the low returns, use proper catch-and-release practices and avoid handling fish under stressful conditions such as high water temperatures.

ODFW Salmon and Trout Advisory Committee to meet in Winchester Bay on Sept. 6

8-30-2018
Recreational fishermen will have two days in September to get out on the Columbia River to catch and retain white...... Read More