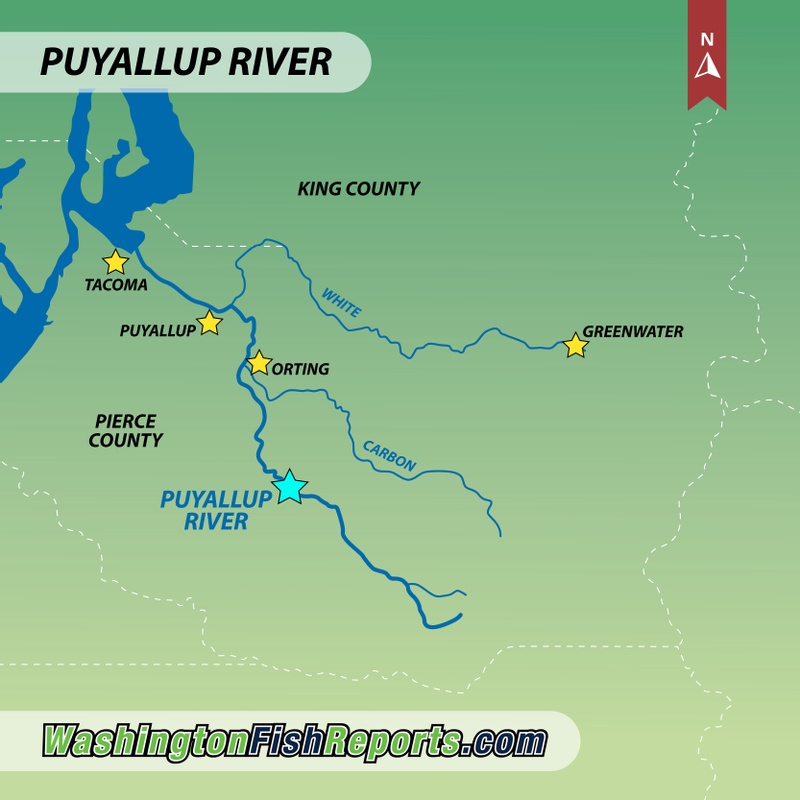 OLYMPIA - Recreational salmon fishing will open in August and September on the Puyallup River, while fishery managers work to finalize fall salmon fisheries.

The sport fishery on the upper portion of Puyallup River will get under way Aug. 1 while the lower stretch will open Aug. 16.

Earlier this year, the Washington Department of Fish and Wildlife (WDFW) and Puyallup Tribe of Indians were unable to reach agreement on fisheries during the annual salmon season-setting process, known as North of Falcon. Instead, they agreed to continue negotiating.

Those discussions mostly focused on how to best ensure the safety of anglers and tribal gillnet fishers on the river, where conflicts between the two have occurred the last few years.

"The safety of everybody on the river is paramount," said Pattillo. "So openings for sport and treaty commercial fishers will be separated in August and September to ensure everybody has a safe and fair opportunity to catch salmon."

Pattillo said the sport fishing timetable in August and September is consistent with the tribe's proposal, however, further work is necessary to complete the fishing schedule for October through December.

Recreational salmon fishing on the Puyallup River from the City of Puyallup outfall structure across the river from the junction of Freeman Road and North Levee Road upstream to the mouth of the White River is open on the following dates:

Recreational salmon fishing on the Puyallup River from the 11th Street Bridge upstream to the City of Puyallup outfall structure across the river from the junction of Freeman Road and North Levee Road, will be open on the following dates:

In all areas, anglers will have a daily limit of six salmon (minimum size 12 inches). Anglers may keep up to four adult salmon, of which only two may be any combination of chinook, coho and chum. All wild adult chinook salmon must be released.

Fishing to open on Salmon Creek